Move along, nothing to see here!

Life took me away from here and developments mean that I'm now blogging about television over on Yahoo news.

So pop over to my Yahoo Tumblr blog here, where all future Strictly updates will be, plus a load of other ramblings about anything TV.
1 comment: 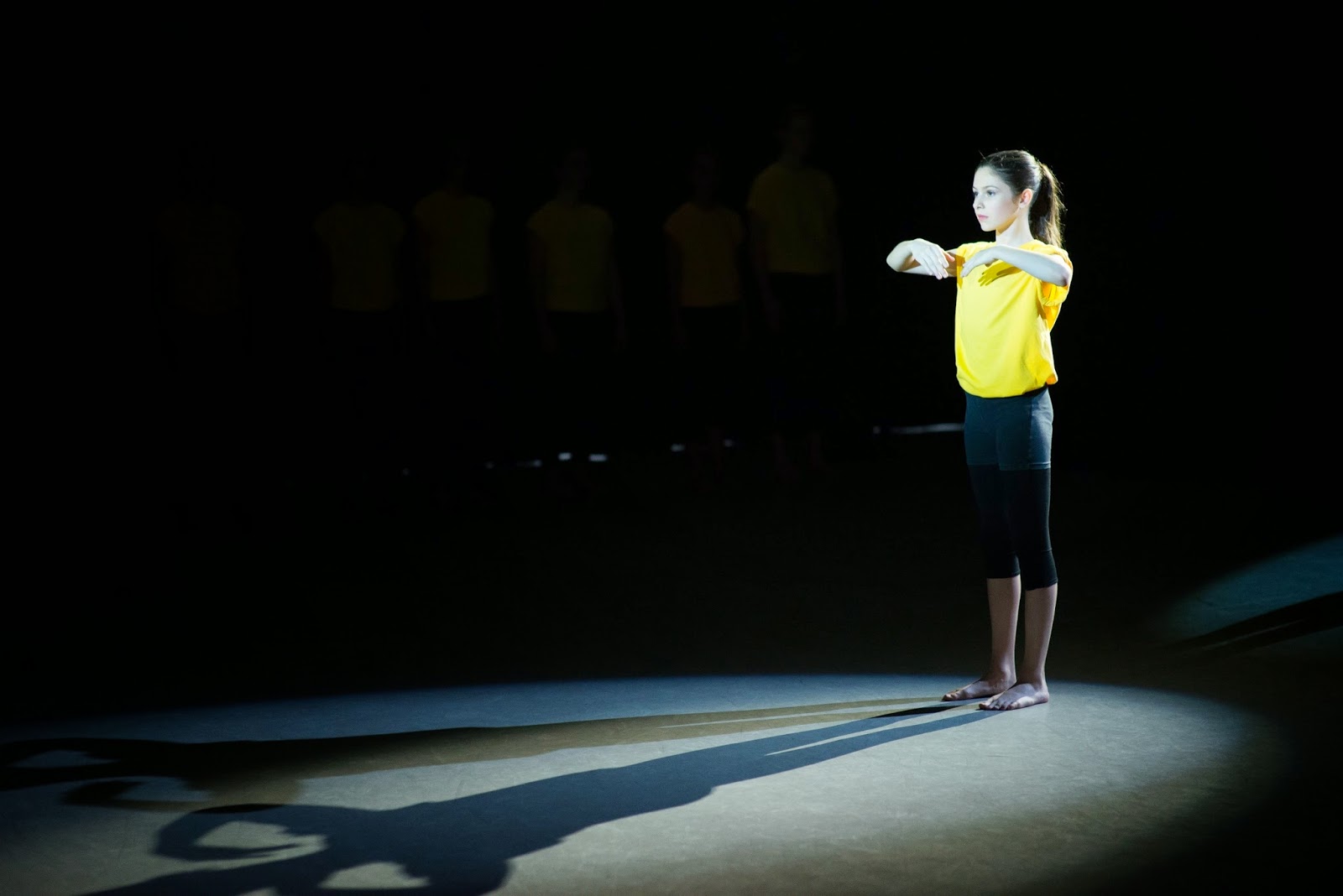 The Royal Academy of Dance (RAD) is organising a Summer School in association with internationally renowned choreographer Wayne McGregor’s company, Wayne McGregor Random Dance. The Summer School marks the first ever collaborative project between Random and the RAD. Held at the beautiful Dartington Estate near Totnes, Devon, young dancers will be able to develop classical and contemporary techniques and learn new skills under the joint tutelage of seasoned professionals from both organisations. The week will culminate in a Saturday open day for dancers to show off their talents and newfound skills to the public.

Participants will have daily classes from both RAD teachers and Wayne McGregor Random Dance company members. Experienced RAD teachers Joanne Ward and Marsha George will be leading classes in ballet, repertoire and musical theatre, while Random company members Michael-John Harper and Fukiko Takase will lead creative sessions, where participants will be able to create original choreography inspired by Wayne McGregor’s methodology. The Summer School is open to all male and female dancers aged 8-18, studying RAD Grade 2 (or equivalent) and above. The closing date for Summer School attendance bookings is Monday 16 June 2014.

The Summer School will take place in the picturesque surroundings of Dartington Hall and all its rich history of creativity and dance. The medieval hall was built in the 14th century for John Holland, Earl of Huntingdon, half-brother to Richard II. Since then it has played host to many great scientific and artistic minds. Between 1934 - 1940 the estate offered sanctuary to the German Ballet Jooss company, following their political exile for refusing to dismiss their Jewish company members. With such a strong dancing heritage, the beautiful Dartington Estate offers a perfect backdrop for the next generation of dancers to develop and draw inspiration from their surroundings.

Random Dance’s Artistic Director, Wayne McGregor CBE, says: ‘I am thrilled that Random Dance will be partnering with the Royal Academy of Dance for the first time to deliver a summer school for young dancers at Dartington Hall. Not only has history shown the estate to be an exceptional resource for harvesting creative potential, but this particular partnership provides a unique opportunity for young dancers and budding choreographers to learn and create under the dual guidance of both our organisations.’
6 comments:

Fuse Medway Festival 13 to 15 June 2014 programme is now live.  There is an exciting programme that you can view on www.fusefestival.org.uk, with some great opportunities to get involved in free dance workshops with well-known dance companies. 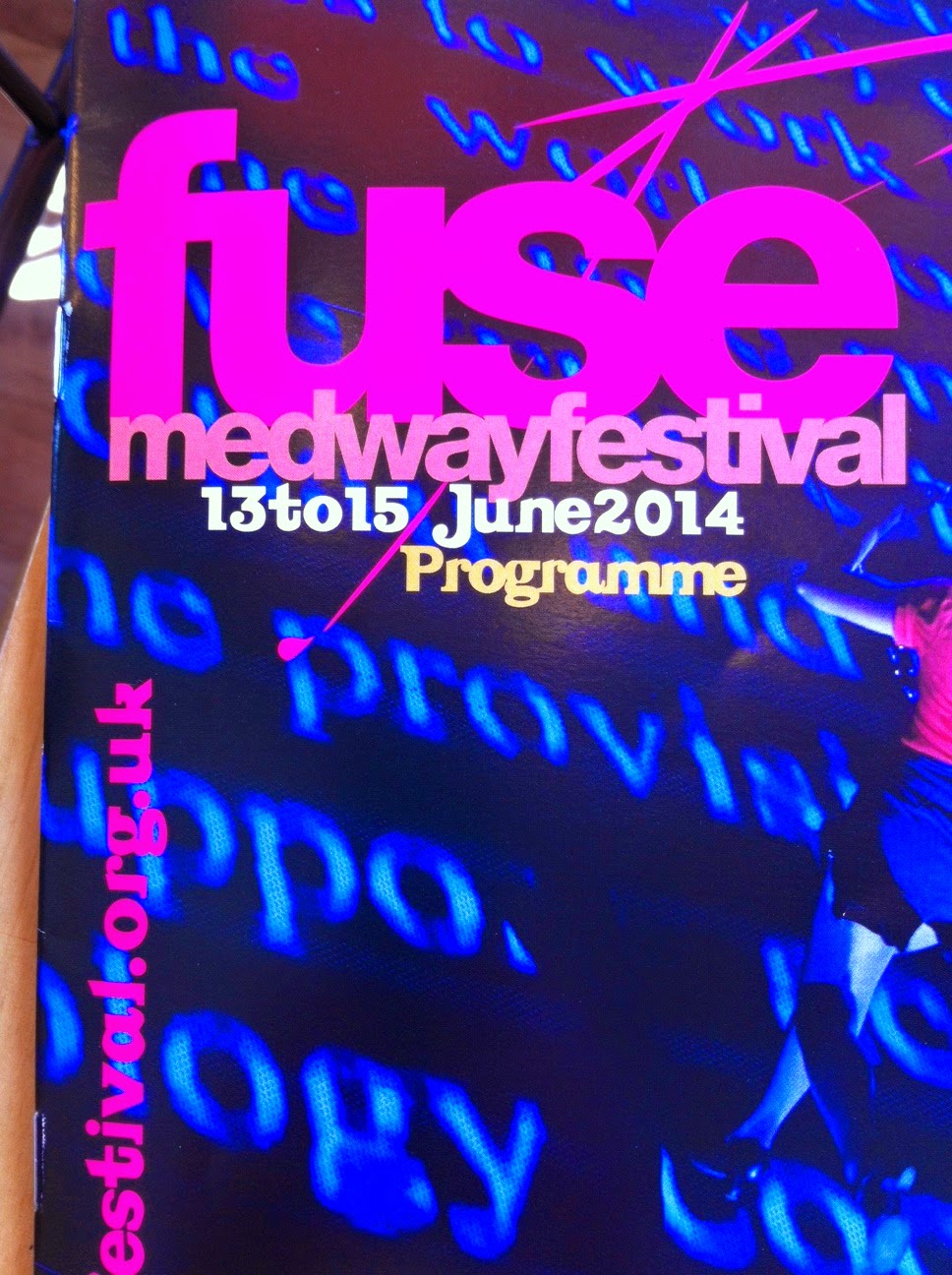 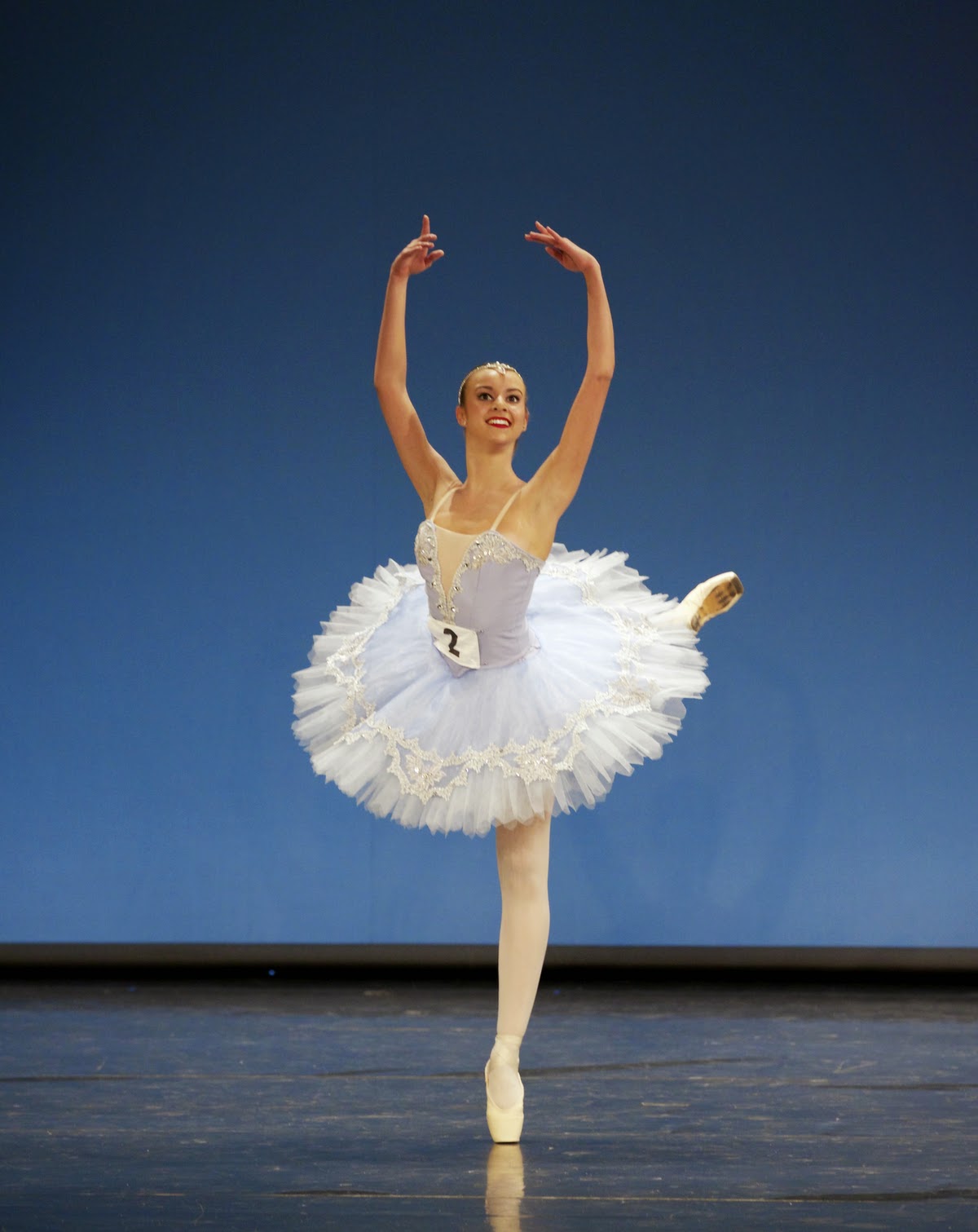 As well as artistic director Lynn Wallis’s exclusive filmed diary of Genée 2013, you'll find dancers in action and a wealth of photos and background information. The app has been produced by Dance Gazette, the magazine of the Royal Academy of Dance. 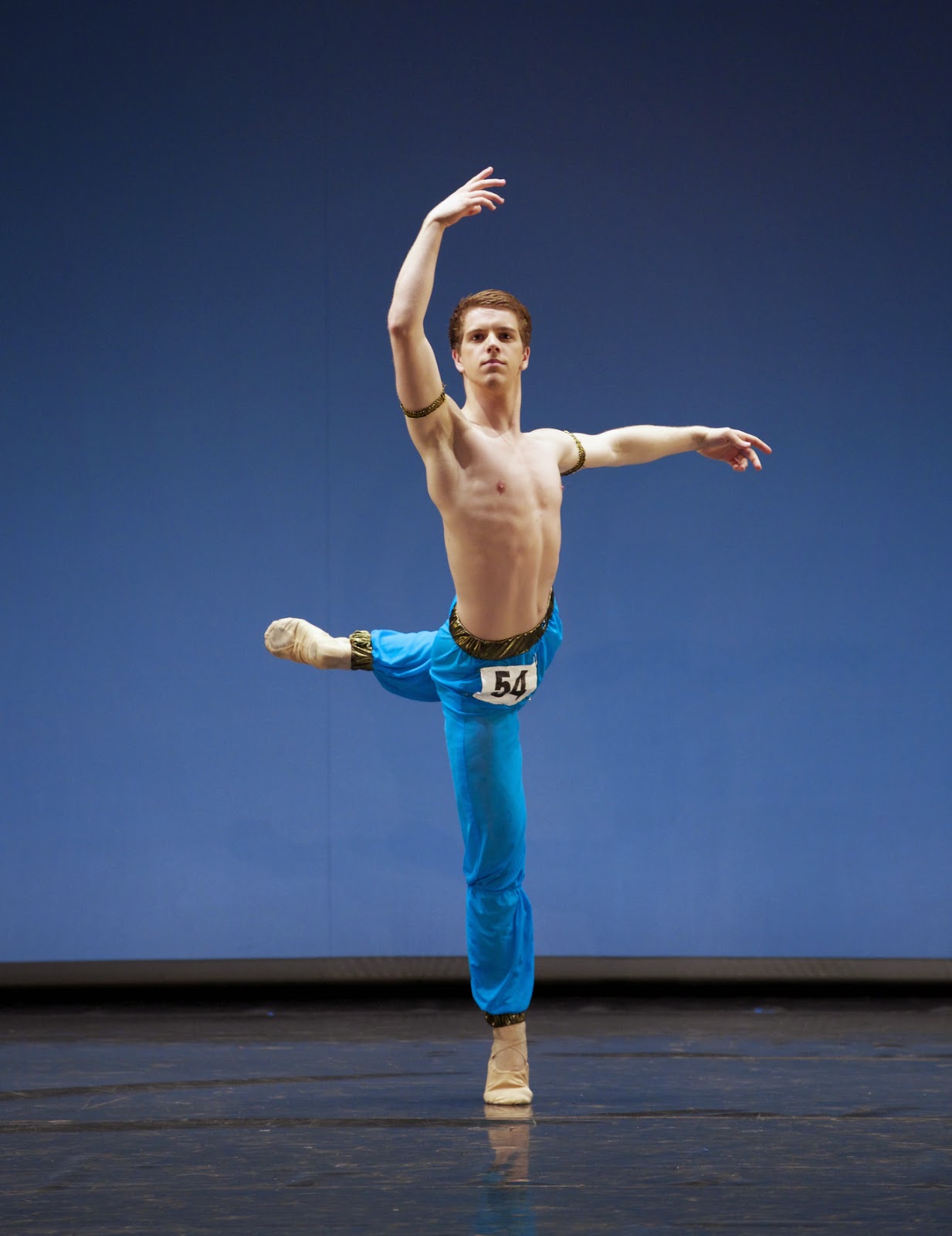 The Genee app is a glorious feast of dance news about one of the premier dance competitions in the world, taking you day by day through the 2013 event. It gives you access to everything you need to know about the RAD, including classes, membership and undergraduate and postgraduate programmes. 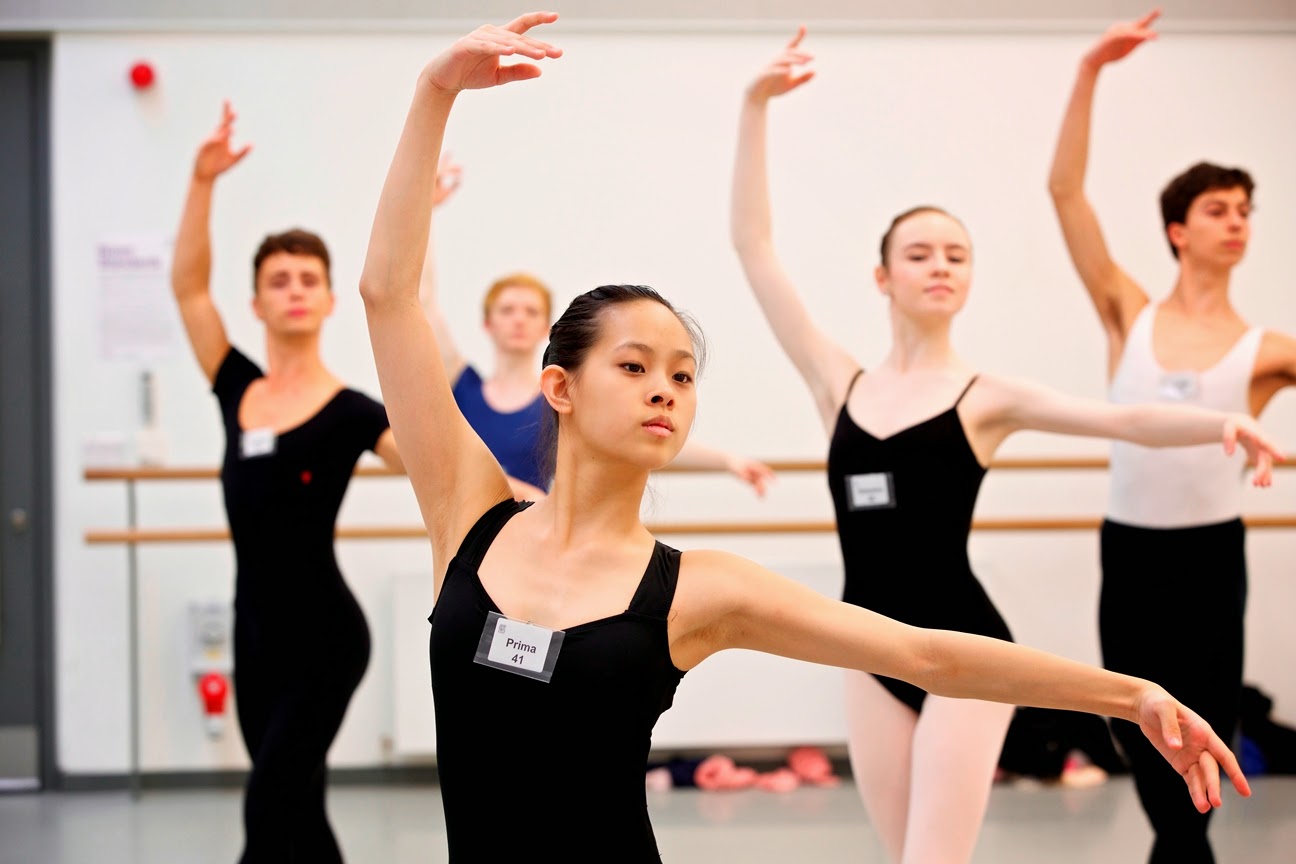 Proven to be a launch pad for a professional career in dance, 14 Genée medallists since the 2000 competition have gone on to dance with The Royal Ballet alone – amongst them, current Principal Dancers Lauren Cuthbertson (Silver Medallist, 2001) and Steven McRae (Gold Medallist, 2002).

The app is free to download and available on iPhone, Android and tablets. Find out more about it here.
2 comments: 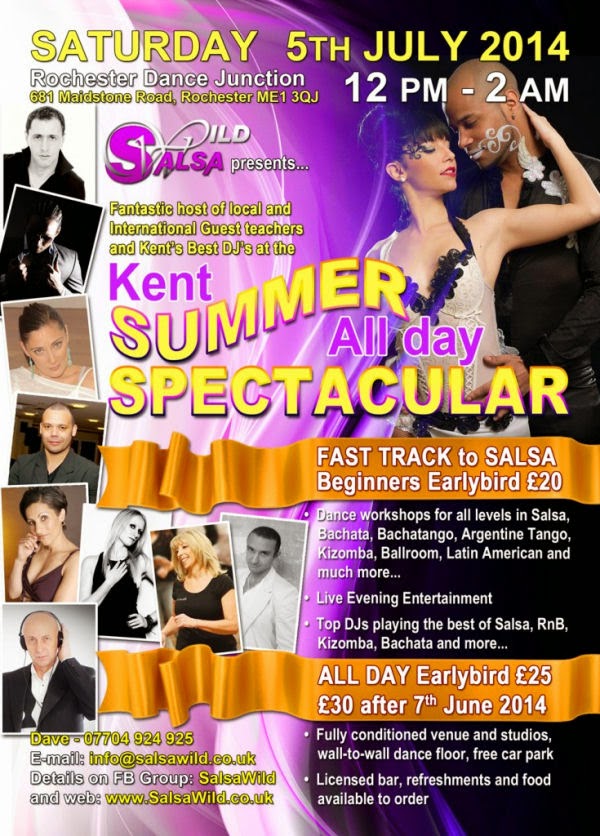 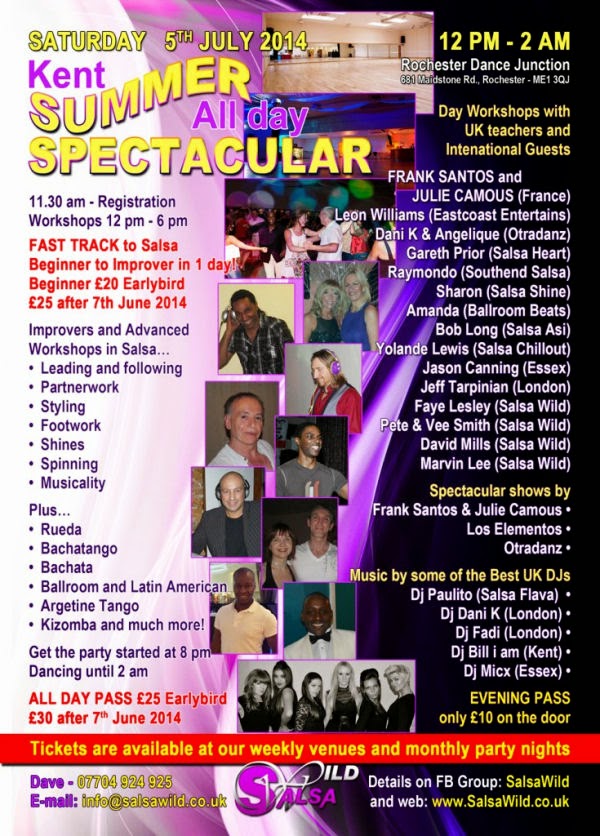 Lord of the Flies - Kent Auditions for Boys

An exciting dance opportunity has arisen with Matthew Bourne's New Adventures‏‏‏  production of Lord of the Flies. 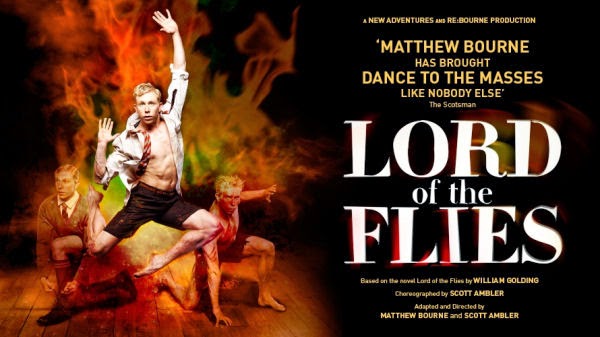 Lord Of The Flies will be with The Marlowe Theatre, Canterbury in September and is looking for up to 30 boys to take part.

The show will give local boys the chance to work with extraordinary dancers, choreographers and designers and to be part of this thrilling retelling of William Golding’s unsettling and revealing story. It's an opportunity open to boys at all levels. including those who have never danced before.

The action is transferred from deserted island to deserted theatre, where a group of schoolboys find themselves abandoned. With no adults around they start to create their own rules and to build their own civilisation. As time passes, the rituals become more disturbing as dark superstitions take hold. Order finally breaks down and blood is spilt as Ralph, Piggy, Jack and the boys grapple with the ‘beast within’ and the story builds to its thrilling climax.

Matthew Bourne has created some of the most iconic dance theatre pieces in the last 20 years, including Edward Scissorhands, Play Without Words, Dorian Gray, Sleeping Beauty and, perhaps the most famous, his Swan Lake with all male swans. Re:Bourne, the charitable arm of New Adventures is invested in giving opportunities for young men to discover and be inspired by dance and this production will provide that.

The audition process will be co-ordinated by two Dance Ambassadors, James Middleton and Chloe Challis. They were recruited earlier this year and have taken part in a week-long bootcamp with New Adventures, including a masterclass with Matthew Bourne, in order to learn the choreography for the production and meet the professional cast.

They will also be delivering drop in sessions at The Marlowe on a Thursday evening from 5pm-7pm on:

These extra drop in sessions will be for boys who are interested in auditioning to be part of the production. Contact James or Chloe via email.

The story of two boyhood friends, both kings, separated in childhood and reunited as adults, is the basis for this tale of love, loss and redemption. 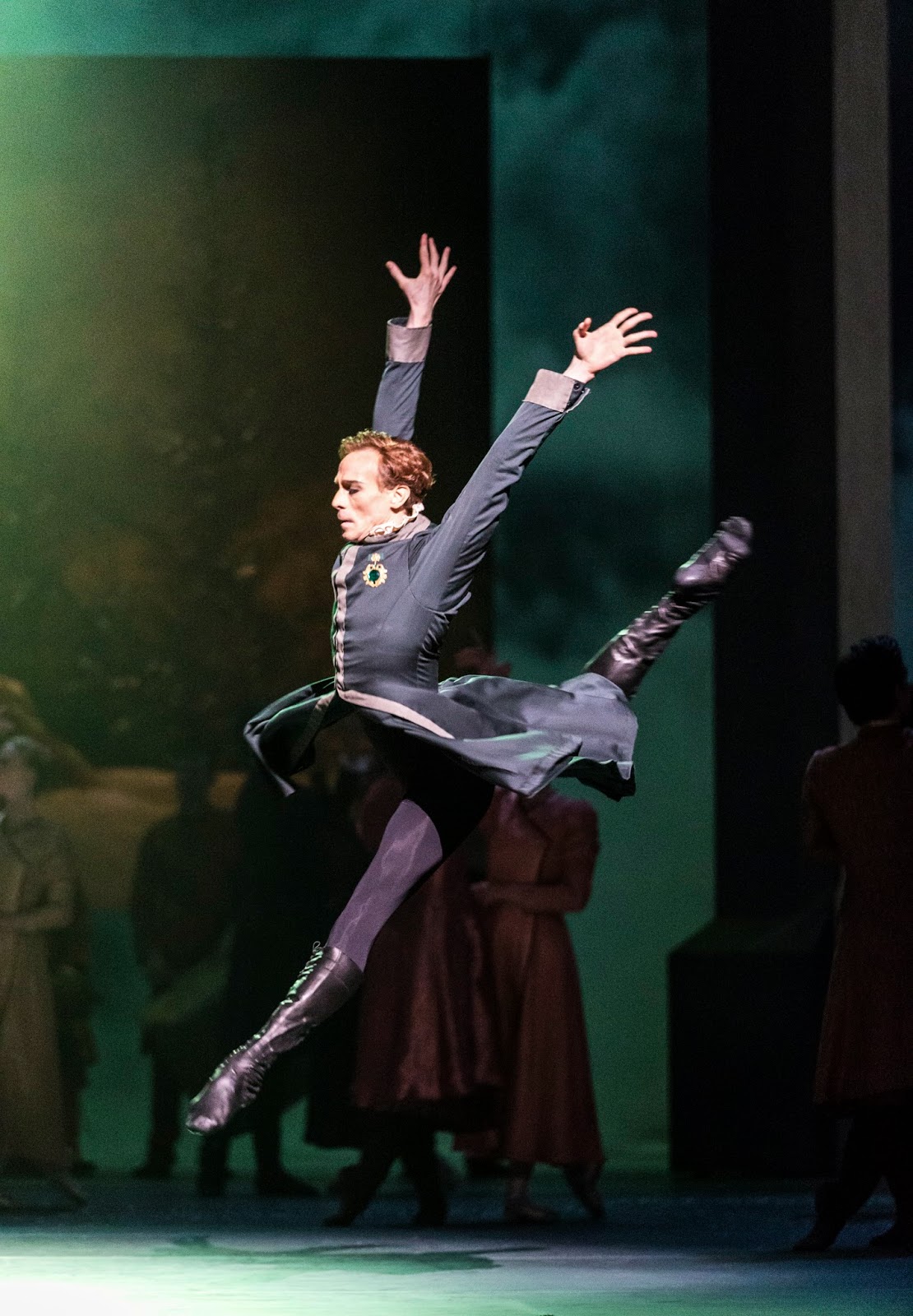 Happiness reigns until King Leontes of Sicilia, in a jealous fit, accuses wife Hermoine of having an affair with friend, King Polixenes, and that their newly born child is not his. Their eight year old child, Mamillius, witnesses his mother’s distress and, already ill, collapses and dies. Hermione, the loss of her son too much to bear, also collapses and dies, and only then does Leontes - having in his rage also banished his baby daughter - realise the disastrous consequences of his mistake. Edward Watson's immense portrayal of his character's descent into a tormented, paranoid soul is illuminated by Wheeldon's tortured, contorted and twisted choreography.

The noblewoman (I thought nursemaid) Paulina, is the emotional heart of the piece for me – the one constant in Leontes life, it was her anguish that sent me over the edge. Not only did she lose Hermione, Mamillius and the baby princess, it was her husband, Antigonus, who Leontes sent to abandon the baby girl: he was eaten by a bear [Exit, pursued by a bear]. But before that happened, he left in the cradle a beautiful emerald that had belonged to Hermione ...

That was just Act One. You had to have had a heart of stone if you weren’t blubbing by then. Stone, I tell you. Which, in the Opera House itself would’ve been ok, but the Imax at Bluewater? Not so much ... 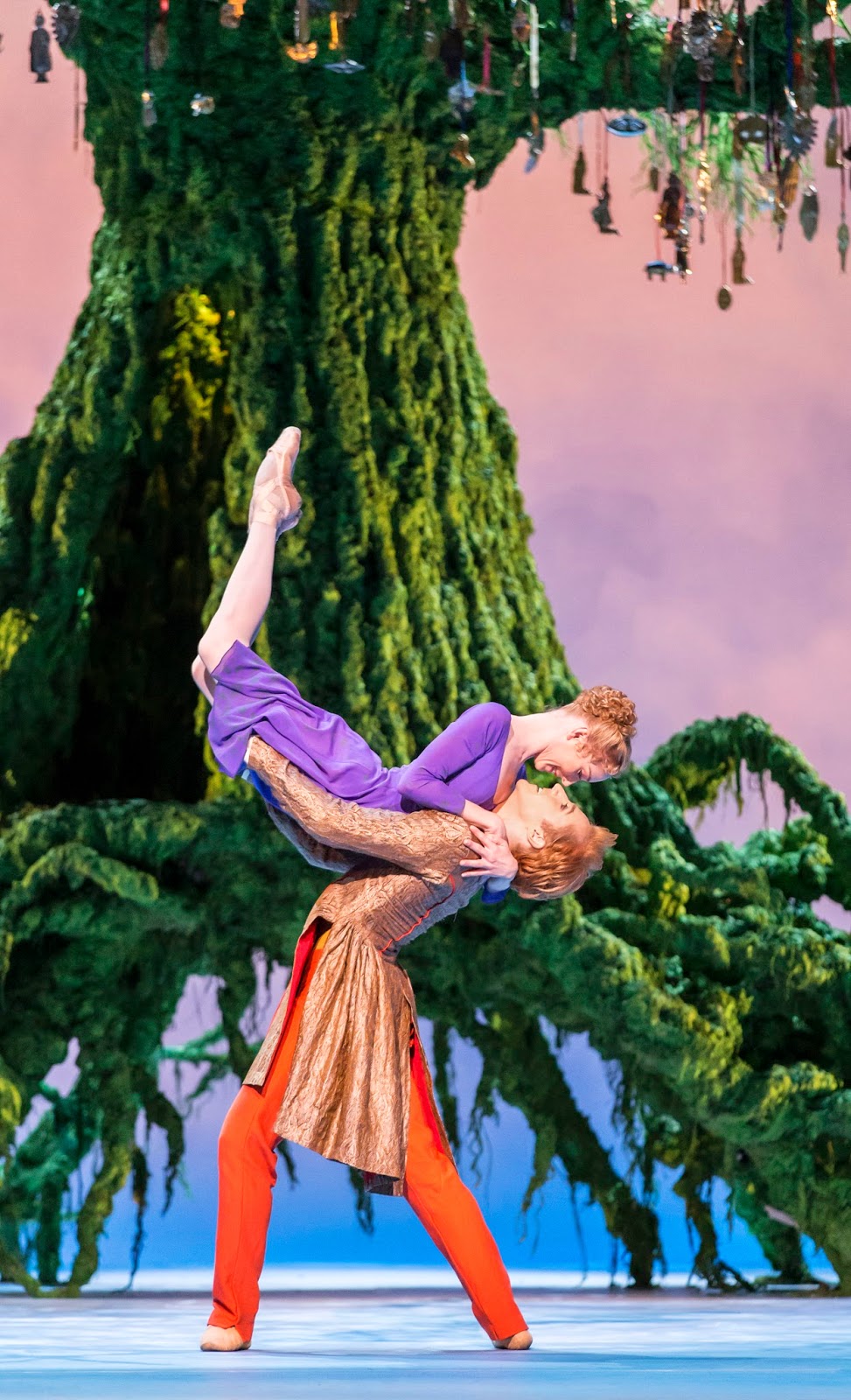 The intensity of the first part gives way to the delicate joy of the next, as the baby princess, found by shepherds, grows up as Perdita and falls in love with a disguised Prince Florizel – son of Polixenes! Against the backdrop of a beautiful bejewelled tree, their courtship is pure wonderment. A sense of Irish & folk dancing imbues the piece with magic; the ensemble and music hints of Riverdance and I marvel again that ballet can draw from so many genres and yet still retain its own essence. Perdita is crowned May Queen and her adopted father presents her with Hermione’s emerald. But – you knew it was coming – Polixenes is unhappy with the relationship, and condemns Perdita and her family to death. They, and Florizel, flee to Sicilia.

Wistful longing and sense of loss pervades the opening of Act 3, as Leontes, supported by Paulinha mourns at the clifftop graves of his wife and child. When Florizel and Perdita arrive they appeal to the King for help and he agrees, remonstrating with Polixenes upon his arrival. In a moment of violence, Polixenes manhandles Perdita, revealing the emerald and her true identity.

Fathers and children are reunited and celebrate the marriage of Perdita and Florizel. Wedding festivities at an end, Paulinha leads Leontes to a new statue of Hermione but, suddenly, the statue comes to life. Hermione is alive, hidden by Paulinha for 16 years. An exquisite final act, and I haven't been so choked up since Les Mis – thanks, ROH Bridge!

Shakespeare’s comedy?tragedy?late romance was screened live from the ROH on Monday, April 28th, and shown in 29 countries. Choreographed by Christopher Wheeldon and with music by Joby Talbot, we were treated during the intervals to interviews and behind the scenes glimpse of the processes involved. The audience reaction was captured on social media and posted online, where yet more plaudits were added in the comments section – read it all here.

The Live Cinema Season continues with Manon Lescaut on Tuesday, June 24th – visit the website here for the full programme. Seeing a ballet on a cinema screen is not quite being there, but it comes damn close so check out your local listings.

Post script: There wasn't a press photo available for Zanaida Yenowsky (Paulinha) but it was the desolation and sorrow in her performance that captured me most. Spooky then, that wandering around the National Gallery the next day, I found her in Da Vinci's pencil sketch. Really. Look at the photo below and then click here. 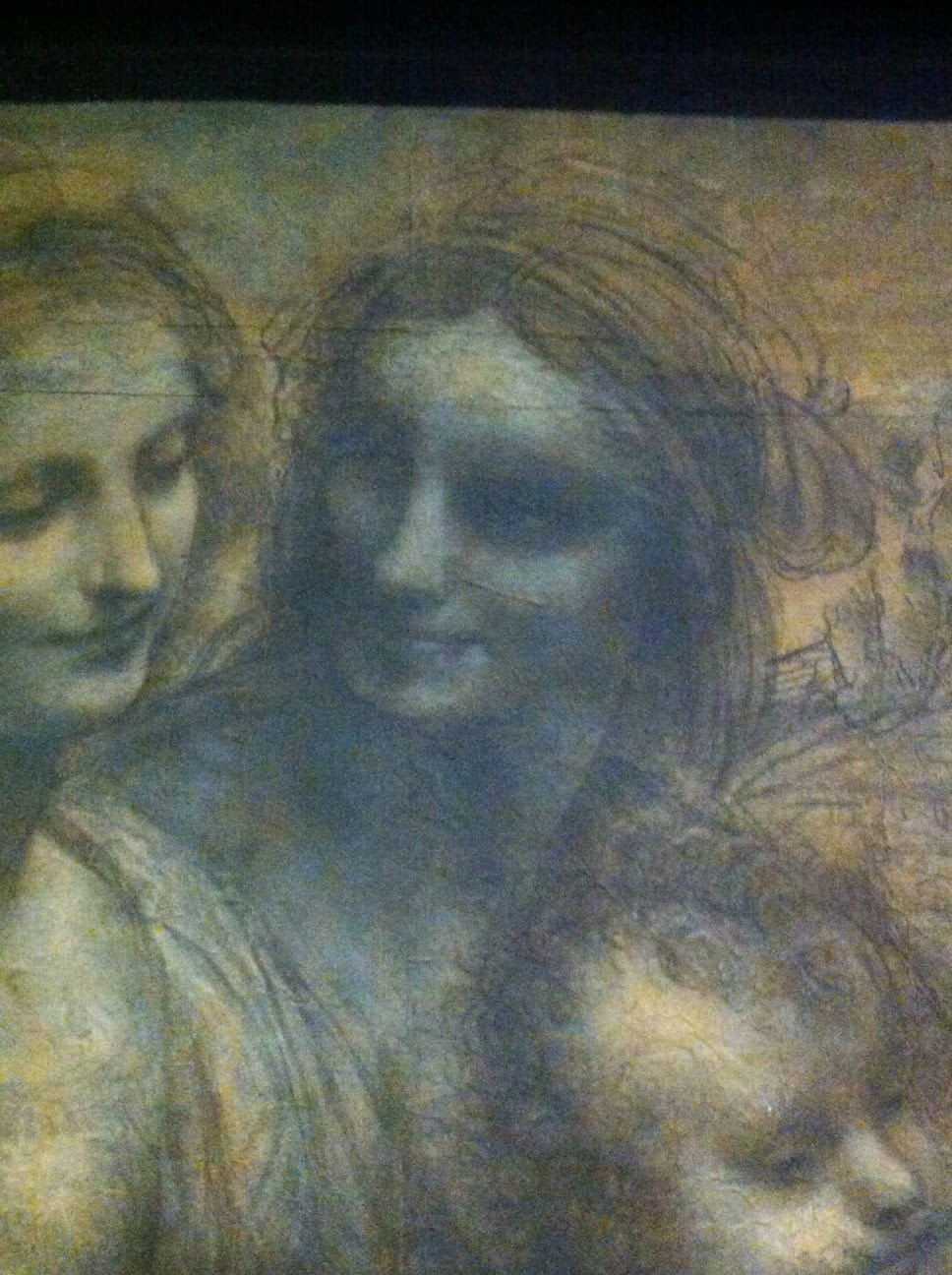