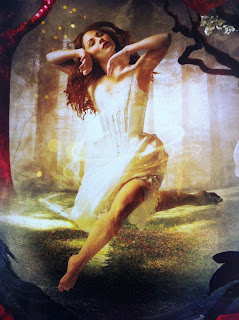 Sumptuous was the word repeatedly popping into my head: sets, costumes and of course, the incredible score by Tchaikovsky, beautifully interpreted. Add to that the divine dancing, with Matthew's trademark capacity to interchange genres: contemporary ballet gave way to flashes of Paso Doble and balletic Argentine Tango in the palace of the bad vamps; devilish costumes in traditional Flamenco red and black intensified the passion and impending aggression. If the trailer doesn't make you wish you'd been there, I don't know what will:

Depending on if you believe the official Twitter or the official website, Tom Jackson Greaves or Adam Maskell (my money is on him for last night, at the Marlowe Theatre in Canterbury - but I was in the Upper Circle, so I could be wrong!), is the most charismatic of baddies as Caradoc, son of Carabosse (also played by him), in this most moving vampire love story since Buffy met Angel.

The decision to show Aurora first as a playful baby by way of animated puppetry was inspired; her transformation into a coquettish 16 year old - a captivating Hannah Vassallo - continued the playfulness; charming to all, innocent yet knowing. 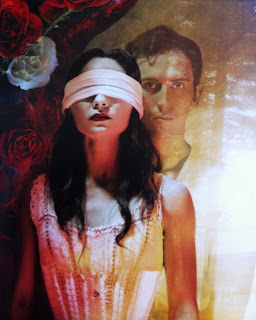 There were audible gasps from the audience when good fairy Count Lilac 'turned' Aurora's young lover - for how else would he survive to awake her with a kiss? Those of us who'd seen the Imagine documentary of course, just nodded sagely. "Be careful, though, with those racquets!"

All ended as it should (after an awakening, subtle, but maybe a little too adult for under 11s) happily ever after, with every aspect of the whole production simply stunning. If you get the chance to see Sleeping Beauty or any of Matthew Bourne's New Adventures there's no decision to be made, just do it.