An inside perspective of The Voice with Tara McDonald

If you love house and dance music, then the name Tara McDonald will be instantly recognisable. As a featured vocalist for the likes of David Guetta and Armand Van Helden, Tara – the Voice of 2010, awarded by music magazine OnlyforDJ – has just signed a record deal with Mercury Universal for her first solo album. 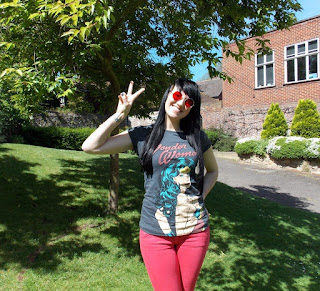 Most recently, Tara was involved in the Belgium version of The Voice, where she helped coach winner Roberto Bellarosa to victory. Having known main coach Quentin Mosimann for a long time, it was to her the Swiss DJ/Singer turned when looking for an experienced vocalist to mentor his charges. Says Tara:


“The Voice Belgiqie was the biggest show on Belgian TV and therefore pretty nerve wracking for the contestants. I’ve been in the industry for years and you learn on the job – I was able to pass on my experience, particularly when it came to staying healthy (I recommend ginseng and royal jelly – it takes a couple of months to get into your system but I’ve not been ill since) and coping with the stress and the nervousness. Some of the contestants were still at school yet people are so quick to criticize, they forget you’re a real person. Things hurt when you’re 17 and it’s easy to criticize but not do anything yourself. But you learn to cope: If you can read the good, you can take the bad.

“Roberto has a beautiful voice, a CD quality voice. He was my favourite from the beginning. But everyone has a weak spot and his was nervousness. You’re analysed and critiqued, feedback it might normally take years to get. He couldn’t express himself through his body, he was so stiff; moving felt unnatural to him. So I got him to sing lying down on the floor, in front of family and friends. That’s so much harder than singing to strangers. He’s now signed to Sony and making an album.

“You have to think like a winner. If you’re not switched on enough, or you let the pressure get to you, you can fail. Even the sweetest people can have tantrums or make statements like “I haven’t bothered rehearsing; I don’t know why I’m here” as another contestant did. People say and do weird things – I’m still in contact with him and he now doesn’t understand why he said that.”

Being so busy herself, Tara hasn’t had a chance to watch The Voice UK but is looking forward to catching up with it. Almost in passing, she mentions sharing a vocal coach with Tom Jones!

“Glyn Jones his name was, and sadly he’s no longer with us. I can still hear his voice though *Adopts Welsh lilt* “When I taught Jonesy ... when I had The Bassey in here ...” Now we know that Jonesy picked up more than singing tips #namedropping.

What does she think of X-Factor? “It’s cruel” she states, strongly. “Like the Romans feeding the Christians to lions, featuring people just to make fun of them. The Voice just doesn’t do that.”

Although known as The Queen of Dance, Tara’s album will see some departure from that genre, with a mix that may include ballads and more soulful tracks. It’s an exciting thought, as Tara’s voice has real depth and an earthy soul to it, unsurprising when you find out that she has supported the legend that is Roy Ayers at celebrated jazz club, Ronnie Scott’s, and sung with saxophonist Leo Green. There was even a stint on an early series of Strictly Come Dancing.

“We’re working on about 20 tracks at the moment,” says Tara, “but we’ll probably drop that to 12, with some more radio friendly tracks; we want the project to speak to as many people as possible and I wanted to challenge myself and do things that people don’t expect from me.”

The first single is Give Me More – and after a few listens, you’ll be asking just that; Tara’s stuff is extremely catchy! It’s a striking video too, very Tim Burton/Alice in Wonderland.


“It was shot in the Paris apartment belonging to a set designer of Italian director, Federico Fellini, and used to be an old factory. We were the first to ever shoot there – with rabbits running around all over the place! Considering it was a 20 hour shoot, the day went by in a blur.”

She cites David Guetta as having a major impact on dance music crossing over the way it has, with the collaborations between him and mainstream dance stars like Rihanna. “I love the club scene, it’s really me. Strangely, David I are both dip in and out of the same motivational book ‘The Secret’ by Rhonda Byrne. It helps you visualise your dreams and achieve – and you only have to see what David has achieved to know that it works.”

One last thing - what’s with the photos referencing certain burgers and clowns? “I spend a lot of time in France and they always laugh at my surname on my passport: “Any relation to Ronald?” is the standard joke (Tell me about it – “Are you one of the Nolan sisters? All my life ..) they only ever associate it with the burger brand, they don’t get that it’s just a normal Scottish surname, so it became a fun reference: laugh with me, not at me! I do pop dance and it’s fun, so I don’t take myself too seriously. It’s taken me a long time to be in this position and I want to enjoy myself.” 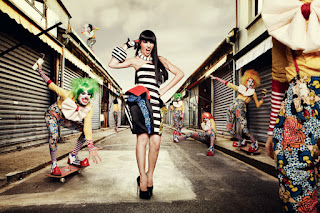 Having spent an enjoyable coffee morning with Tara, I had far too much material for one article – read more about her background and her work with the Plan charity here. 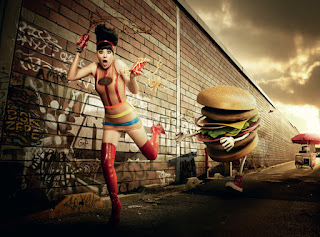